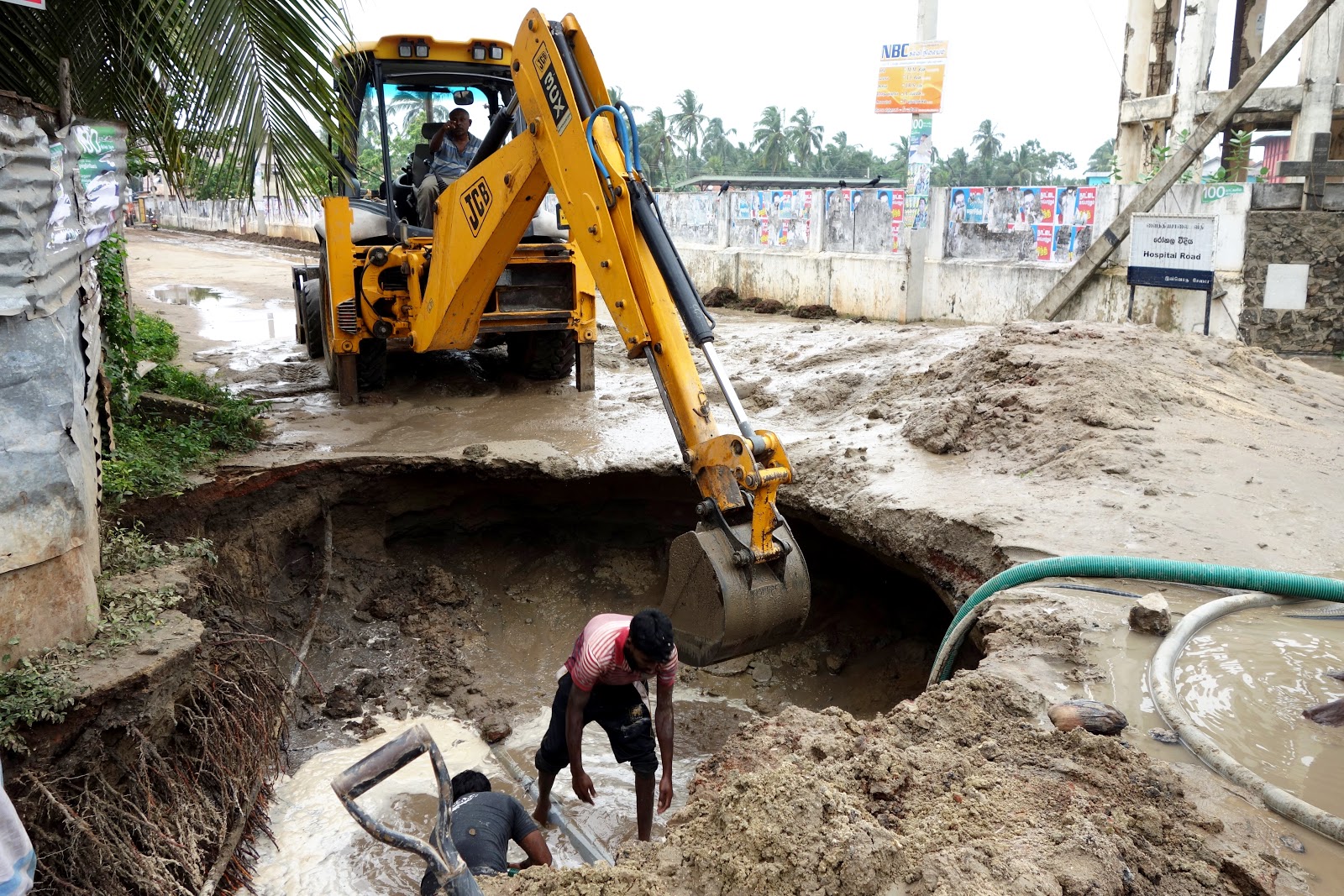 The challenge of urban planning and infrastructure development in a resource-poor context compels us to identify the factors affecting community vulnerability and risk and empowering them to contribute potential solutions.  We urge dialogue, advocacy and leadership that incorporate cross-cutting issues like environmental, gender and other social considerations.

Kunchukulam Transport Study – Lachlan Burke, Australian volunteer from Melbourne undertook a study of the movements of people from the isolated villages of Kunchukulam. Its residents endured much financial hardship and time-wasting due to inadequate public transport. There was only one bus service in and out of this community some 50 kilometres from Mannar Town. Lachlan, supported by Bridging Lanka officer, Jerad Anton, found that half of all monthly trips were to outside destinations to access employment, shopping, education, medical and other services. The report forms the basis to advocate for either increased public transport provision or an alternative community-driven solution. Nice work, Lachlan and Jerad!

Santhipuram Children’s Park – a long term project of love to establish an all-weather playground for the children from the materially-poor urban village of Santhipuram. Valiant Australian volunteers from Brisbane and Melbourne, Graham Burghdorf, Lucinda Peterson and Steve Dunn have worked tirelessly to provide a recreational and gathering space for the whole community in a low-lying flood-prone area.

Protecting Mannar’s Kulams – once approximately eighty ponds or kulams adorned the Island. Now less than twelve remain. During the wet season, kulams acted as drainage catchment areas. They were also culturally and historically significant. More recently the kulams have been encroached, filled and built upon, thus creating annual urban flooding. Bridging Lanka worked closely with the United Nations Office of Project Services (UNOPS) to protect and rehabilitate the remaining kulams into attractive green and recreational open spaces where residents can enjoy social, health and economic pursuits. At the request of the Government Agent, Bridging Lanka produced the report, A Survey of Kulams in 2015 to advocate for kulam protection.

Raised Walkway for Students – the wet season and the ensuing floods displace thousands of people.  Santhipuram Primary School students were also affected as they had to wade through flood waters and mud just to reach the toilets daily. We embarked on an ambitious project to construct a raised 100 metre walkway from the school building to the outside toilets in the midst of rain and flooding waters. Volunteers, Graham Burgdorf from Brisbane and Saya Lorback from Melbourne, coordinated the work under trying conditions. The bulk of the labour was provided by volunteers of the Rural Development Society with daily site visits by Graham. The walkway was completed ready for students to use in the new school year.

Santhipuram Housing & Drainage Study – in search of drainage solutions for flood-prone Santhipuram brought together 2 engineers, 2 town planners and a landscape architect from Brisbane and Melbourne. Over a month the team connected deeply with the community as they developed drainage and housing options for hundreds of families whose houses are flooded  each year. The causes were sea level rising and incessant rain during the annual wet.

Mannar Urban Plan – a vexed long term project, of developing a new town plan for Mannar, has tested Bridging Lanka. Our urban development expertise has been welcomed and shunned in repeating cycles by sections of the government. Originally started in 2011, Bridging Lanka has contributed to the town planning process in many and extraordinary ways – completing a landuse survey, responding to a draft plan by conducting workshops to incorporate local feedback, conducting an intensive multi-day ‘lockdown’ to resolve the plans sticking-point issues, providing expert feedback on an additional draft at the behest of the Urban Development Authority. Steve Dunn, a national director of the Planning Institute of Australia and his multiple teams of planners invested much over many years to produce a genuinely progress urban plan for Mannar.

Mannar Land Use Survey – the first time in Sri Lanka – a set of digitised maps which capture the layers of information needed for a landuse survey. This survey is a crucial aspect of any town plan. An 18 month project involved 22 local youngsters who undertook the surveys. They were trained by  National Physical Planning Department’s Town Planner, Prabakaran Ponnuthurai. Town Planner, Joy Pratheevan and Bridging Lanka Officer, Kelvin Thomas worked tirelessly to complete this pain-staking work. The digitized maps were handed over to the Urban Development Authority who was keen to incorporate them into the Mannar Urban Development Plan report.